No dog should have to go through what Bully has. A kind soul with a heart of gold, who’s lived most of his life in a cruel world.

Found by our inspectors at a puppy breeding farm, Bully was suffering from serious pressure sores on his legs and had conjunctivitis in both his eyes. He also had infections in his ears and has since had to have his ear canals removed. Sadly, he wasn’t only the dog that was brought into our centre in this condition, with the majority of the dogs recovered being underweight and suffering from medical problems. Dogs bred in these sort of farms are often kept in cramped enclosures, with a lack of basic hygiene or care for the animals.

Due to his age, he also had wobbly back legs which didn’t help his situation. British bulldogs have an average lifespan of eight to ten years, so poor Bully was (and still is) an old boy. On top of this, when brought into the centre it was discovered that Bully needed BOAS surgery as he was suffering with severe breathing difficulties. BOAS stands for Brachycephalic Obstructive Airway Syndrome which is a condition that limits a dog’s ability to breathe easily. Poor Bully was struggling so much that he could barely walk for a minute before he would need to lay down again.

Unfortunately for Bully, the surgery required was expensive, and because Woodside is an independently registered charity, we don’t receive the same levels of funding as other RSPCA branches. We weren’t going to give up on him however, in fact it was quite the opposite. After setting up a fundraiser on Facebook, over £2.5k was raised, showing the true generosity of the general public which we are truly thankful for. As well as this, Woodside put thousands towards Bully’s surgery. This money also went towards vaccinations and flea and worm treatments, as well as essential pet care he hadn’t received.

Even after all of this neglect, Bully is a trusting and friendly dog who spent longer than he should have looking for a forever home. There was very little interest from the public at first, leading to him being in our care for a full year. During this time he was reserved several times, but these reservations all fell through for various reasons. Poor Bully had terrible luck until a couple came along who were willing to let him into their hearts. This couple would be home most of the day and could give Bully the love and care that he so very much deserved. Not only that, but his new family have also informed us that they are planning to take him on countryside and seaside holidays, meaning that this amazing boy will finally get to experience life to the fullest.

Lockdown presented its own problems. Bully’s home checks were completed before lockdown, but due to new restrictions he had to stay with us an extra few weeks before he was finally allowed to leave and go to his new forever home.

Bully has lived a hard life, but he now has a second chance and a loving home. Hopefully his future will be one filled with happiness. We at Woodside wish him all the best. 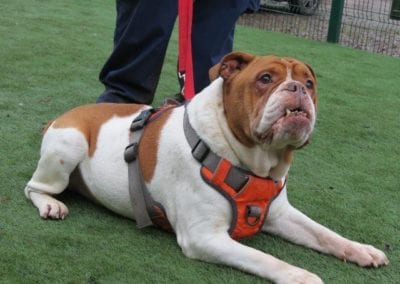 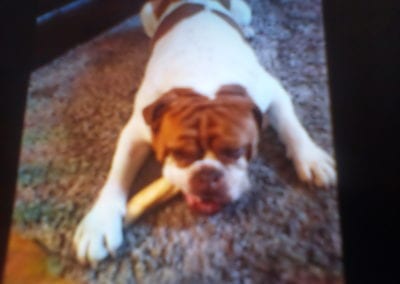 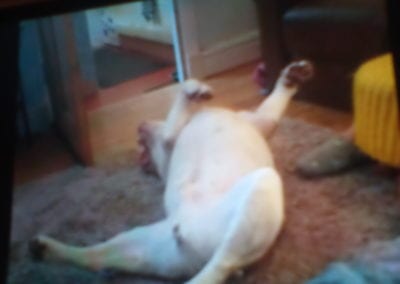