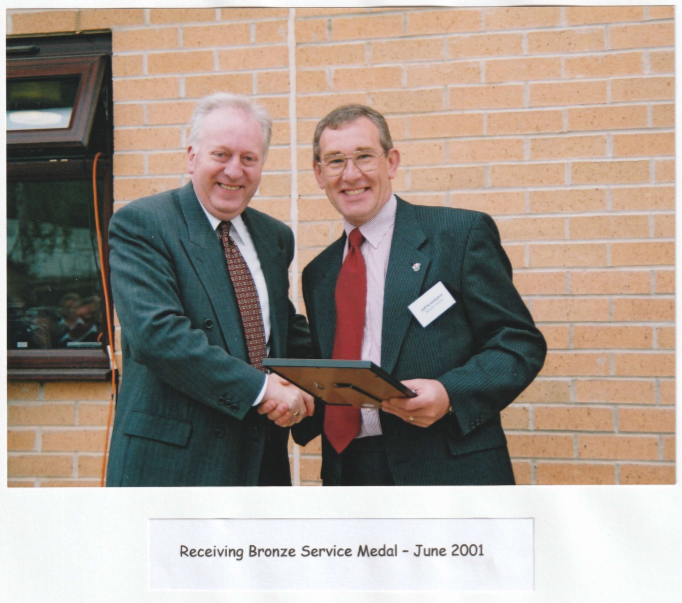 It is with great sadness that we say farewell to one of Woodside’s longest serving Trustees. Jeff joined the Woodside committee, as it was called, back in 1990. He served as the Honorary Treasurer from 1998-2001 and then again in 2017. He was the Branch representative on the Regional Board for many years (the earliest date I can find is 2003) and was a respected member of this Board. Throughout this long service he was well known for his passion for animals, attending many of the National AGMs mainly in London, joining in the debates there, determined to get animal welfare to the forefront of the public’s minds. He also attended the Animal Welfare Conferences set up by the National Society and thoroughly enjoyed the debates and the networking with Branch, Regional and National personnel. Over the years he has been the voice of reason, the one who thought things through before making a decision, He was always keen to establish the right and proper way to do things. I’m sure it won’t be long before someone asks, “What would Jeff have said or thought of this?”

His long service to the NHS gave him strong beliefs of professionalism, setting high standards and his experience with builds which he was involved in within this role, gave him lots of knowledge and expertise for the role he took on as a Trustee at Woodside. Apart from the building of the now defunct “puppy block”, Jeff was instrumental in getting all phases of the rebuild of Woodside completed. He was fastidious with detail and planned meticulously the many aspects of the various blocks that were built, insisting on high specifications and quality of build to ensure that we had buildings which were future-proofed and were suitable for the care of the animals at Woodside. He introduced the concept of strategy to the Trustee board to enable us to develop as a professional body. He produced designs and technical drawings, completed feasibility studies and produced business cases to enable Woodside to become the well designed, fully functioning site that it is today. The project of our on-site vet facility has been a particular passion over the years and we will work to get this build completed in 2021 and dedicated to his memory.

Alongside his role as Trustee, in the early days Jeff was an integral part of the “Bodget, Bodget and Bodget” team with Ruth and Mike. Many a weekend saw this trio clearing the site, fixing fences and improving the surroundings at Woodside. A lasting memory was, one very wet day, the trio had to fix a broken gutter on one of the old kennel blocks (can you remember those?) and while Ruth and Jeff supported both ends, Mike set about the fix. All of a sudden Jeff shouted out as the contents of the gutter rushed down the inside of his wax jacket and out of the sleeves as he dropped the, as then, still unfixed gutter! Ruth and Mike were helpless with laughter! After a short time, service was resumed, the wretched gutter was fixed and 3 soggy Trustees went to dry out and muse over the morning’s activity over a coffee! Pictures of events and activities over the years show how dramatic the changes of our Animal Centre have been, largely due to Jeff’s enthusiasm and determination.

Jeff was a sociable man and, along with Ruth and Ken Schofield, Jeff joined an art class back in the 90’s. We were often teased for being a distraction in the class but we enjoyed this Monday evening activity and greatly improved our artistic abilities until sadly the building was closed and the class folded. Although we all tried new classes, Jeff was the only one of us to persist and carried on his painting with great success.

Jeff was hard working and dedicated as a Trustee and was also hugely appreciative of the work that others around him did. He was a gentleman and made everyone feel appreciated. He was a firm believer in team work and wanted Woodside to excel as a place where animals had their needs met, surrounded by a caring group of staff and volunteers. He was also a devoted family man and he

carefully balanced his family timetable and his interests with the needs of Woodside. Trips to Derbyshire, art exhibitions and the motor racing were the most common excuses cited as reasons for him not to attend an event. But then he’d appear refreshed, while the rest of us were flagging, at the end of an event to enthusiastically help with the clearing up process.

Jeff died on Sunday 2nd August after a brief and bravely fought illness. He will be greatly missed by those he has worked closely with over the years at Woodside. RSPCA Leicestershire Branch has been richer for his involvement and he now leaves a gaping hole that few will be able to fill.

This is very sad news. Jeff was such a cornerstone of the Branch and will be greatly missed.

I am pleased that he was made aware of the intention to acknowledge his service and commitment to the Woodside Animal Centre by means of a plaque in the completed veterinary centre.

It may be that only we few who had the privilege of working with Jeff for almost half a lifetime will ever really appreciate the commitment and energy that he brought to everything that he did. A pride and determination of purpose, but always with his humour and a smile.

The Branch has lost a champion as we have lost a dear friend.

He was such a lovely man and always very supportive of myself and Education as a Trustee and Regional Board member. He was also a voice of reason with an incredible commitment to the Branch and Society. I know he will be greatly missed.

It is still hard to absorb the fact that Jeff is no longer with us; he will be greatly missed by very many.

I know he was a much-valued supporter and a dedicated Trustee who saw many improvements at Woodside. His long record of service as a Trustee will be difficult to beat! He will be greatly missed by everyone at Woodside.

Jeff has made a huge contribution to both branch and regional boards and has been an active and influential member of the regional board. He has championed the cause of animals and branches on top of his longstanding commitment within his career contributing to the NHS. His warmth, and wealth of knowledge and compassion shone through. We thank him and his family for the time he gave and the huge contribution he has made. He will be sorely missed; his enthusiasm, dedication and wisdom at regional board with great debating skills and wit. We will treasure and value the memories we have and are grateful for the time he shared with us and our memories with all of yours will live on and bring many smiles in nostalgia and stories over years to come. Our thoughts and prayers are with all his family friends at this very difficult time. 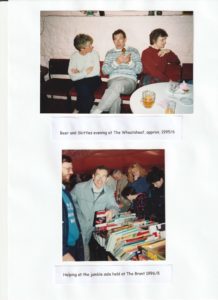 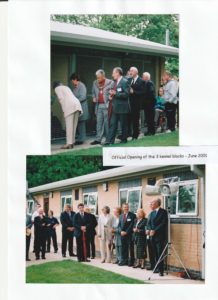 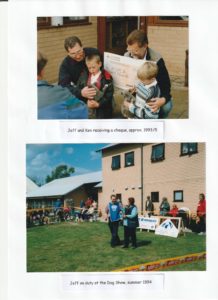